A quick note about our adult martial arts classes...

My name is Somnath Sikdar, Owner and Head Instructor of the Dragon Gym.

I began my martial arts journey 35+ years ago, and haven't looked back since.

Why? Because, as you'll very quickly discover... martial arts is about so much more than "fighting."

It's about discovering, re-discovering the true "you" and becoming the best version of yourself.

You'll learn effective self-defense...but, in reality, you'll likely never have to use it.

However, the confidence, focus, and inner-strength you get will help you EVERY day for the rest of your life.

And the boost in fitness will make you look, move and feel better than you have in a long time.

And that, my friend, is what it's all about.

But don't just take my word for it. Check out the rave reviews and positive changes according to students, who started off as beginners just like you!

Discover the Martial Arts Classes that get you STRONGER, SAFER & HEALTHIER, Fast.

This martial arts program is exclusively taught at the Dragon Gyms in Exton, Malvern, Phoenixville, and Berwyn, PA, and developed by Grandmaster Chae T. Goh and Master Somnath Sikdar, blends the best of Tae Kwon Do and Hapkido along with the purposeful incorporation of kettlebell conditioning.

Additionally, some of the realities of bare-knuckle boxing, Muay Thai, and Brazilian jiu-jitsu have been included. This system is a modern application of the ancient and traditional martial arts.

Become Stronger on the Inside

These martial arts classes also incorporate a philosophy of not only self, but community awareness with the intent of influencing the student’s personal and professional life, encouraging participation in the community, and promoting the betterment of society.

All of our students start the same way, with our Quick Start Program. It’s great for beginners with no prior experience. The quick start course includes both private and group instruction so that new students can try out the program in a suitable environment.

One of the great things about this program is that it gives us a chance to evaluate your progress and abilities while giving you the opportunity to observe classes, see the facility, meet the instructors, and learn about the benefits of martial arts and kettlebells. Fill out the form on this page to contact us today about getting started and schedule that first lesson. Every journey starts with a single step…TAKE THAT STEP!

Our Martial Arts Classes will teach you: 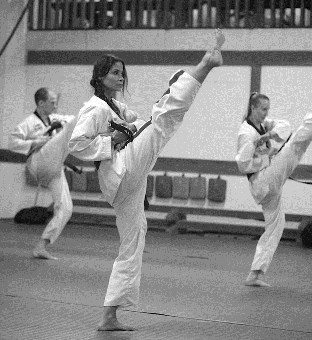 This is the essential syllabus of Tae Kwon Do. You will learn to effectively create distance and counter an attack.

These are the signature moves of Hapkido. What is more important than being able to protect yourself during a fall? Additionally, you will learn useful techniques at a close range.

A big part of training in the martial arts is sparring. Sparring at Dragon Gym is always conducted in a safe way and combines some of the rule sets of all these styles. It is not merely fighting! Rather, it’s a way for you to conquer fear and develop comfort when dealing with unknown situations.

Russian kettlebells and principles are integrated into the adult martial arts program at Dragon Gym. You will learn the basic techniques: swing, Turkish, get up, front squat, clean, press, and snatch.

Physical and Mental Benefits of Martial Arts at the Dragon Gym

Physically you will be healthier and stronger than ever, plus you will learn valuable practical self-defense. A strong body builds a strong mind. 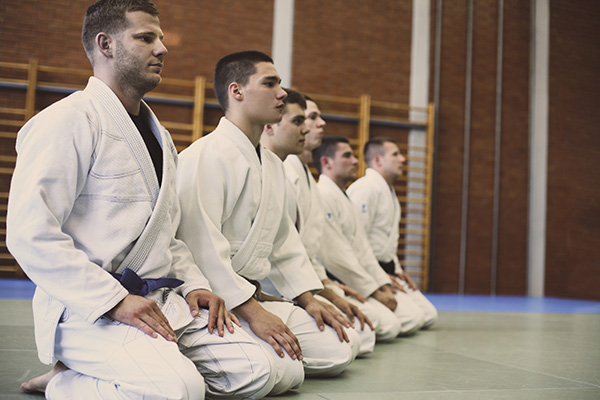 Mentally you will build inner strength and become a more powerful and confident individual. A positive mental attitude provides the best ideas for self-improvement. 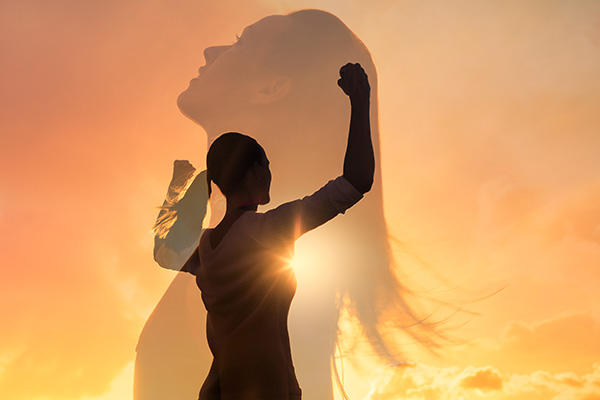 Philosophically you will create, set, and strive to achieve your personal goals. Through achieving your goals, you will increase your self-respect, and lead a more productive and peaceful life. This self-motivating program will help you get better grades in school, succeed in your career, develop better social relationships, and be happier in everyday life.

Take The Next Step 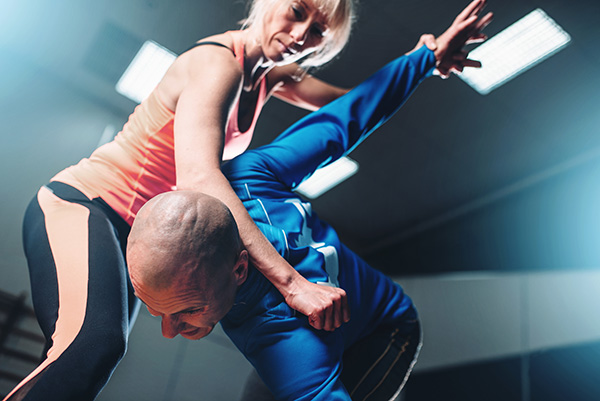 Do you ever feel worried walking around at night? Have you or a close friend experienced physical violence?

We'll give you tools to achieve one goal: to keep you SAFE.

These no-nonsense tactics are fast to learn so you can protect yourself and your loved ones. In just a short while you'll feel stronger, safer and more equipped to handle whatever life may throw you way.

Do you ever feel like you're not living up to your full potential?

Our classes will push you past your limits. You'll achieve more than you thought possible. You'll perform techniques that may seem impossible to you when you start.

But sure enough, you'll accomplish a LOT here.

And the more you do, the more you'll believe in yourself, and your capabilities will cross over into all aspects of your life. 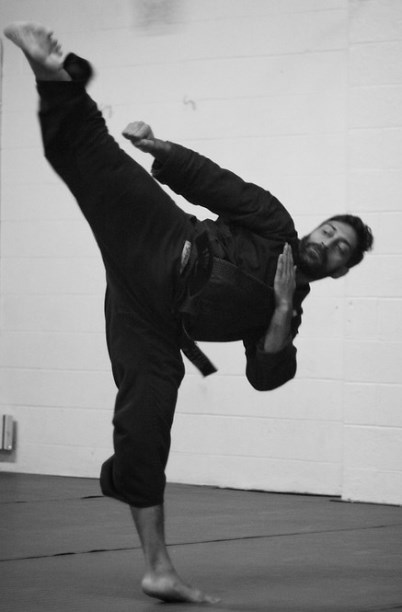 Master Somnath Sikdar is the head instructor at the Dragon Gym and has been training in Tae Kwon Do and Hapkido for over 35 years under Grandmaster Chae Teok Goh. He is currently a sixth-degree black belt and is certified by the World Tae Kwon Do Headquarters (Kukkiwon).

His training has covered a broad spectrum of martial arts to include a variety of weapons, self-defense, traditional and sport Tae Kwon Do. He has also studied Hapkido under Grandmaster Han Jae Ji.

In conjunction with martial arts, he instructs training with the Russian kettlebell and holds the Level 1 RKC and Level 1 SFG Certifications. While the focus of kettlebell and barbell training is strength, the other side of the same coin is function and quality of movement.

For this reason, Master Sikdar uses the functional movement screen with his students and is a Level 1 and Level 2 certified FMS expert.

Master Sikdar still coaches competitive Tae Kwon Do athletes and is an active advisor to the UPENN WTFTKD Team and the West Chester University Tae Kwon Do Team.

Take The Next Step

I can’t say enough about the spirit and passion that instructors and students alike Nate Aliberto
The staff takes personal interest in you and your goals & progress. Joseph Cunningham
All I knew was I had to change something as what I had been doing up to now was not working. So I went to check out the Gym. He ask that I make a small commitment of working out 2 a week for 1-hr at the gym, except for when I was traveling for work or on vacation. I agreed. I had no other plans that that. Train twice a week.
I was a ball of nerves mixed with a ton of excitement...and since that first taekwondo class, I have never looked back. Debbie Felker
Every single person in Tae Kwon Do class introduced themselves to me and made me feel welcomed from Day 1 Dina Hoegen Perreault
For me, it helps to be organized at home with meal planning and plan ahead simple meals for martial arts training nights Liz Peck
As a relative newcomer to Dragon Gym and somebody who has been practicing martial arts on and off for 15 years in various martial arts studios, I can honestly say this is one of the best, well-rounded schools I have known. The instructors are very knowledgeable, caring and do a good job of fostering an environment that helps students grow. Ksenija Sabic
Educational, fun, tough, motivational, calming Ken Sliwka
Michelle, a long-time observer from our parents' balcony, finally took the plunge and joined her son, Michael, on the mats. She tells us of her first class experience. Michelle W, DG Mom & Taekwondo Student
If you are going to train, train with the best of the best Tom Porrecca