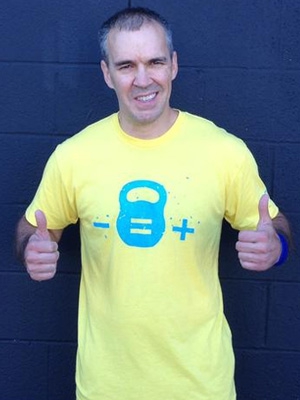 John Lauber has been training with kettlebells since 2008, but took his training to the next level by coming to the Dragon Gym in 2011. Since then, John has worked hard to grab numerous fitness certifications. In a short period of time, he has conquered the HKC, Functional Movement Screen (FMS) Level I and II, and most recently the RKC. His group instruction certification through the highly challenging KIWK (Killing it with Kettlebells) program in November, 2012. Since then, he has taken over the o’dark thirty classes (5:30 am) on Mondays, Wednesdays and Fridays and regularly fills in when needed.

John also loves training in Brazilian Jiu Jitsu and you'll see him on the mats four to five days per week.