Let’s face it. Bullying isn’t ever going to stop.

Times have certainly changed. Pretty drastically if you ask most people. If I recall back to the days when I was in elementary school the things we did with our free time and the way we communicated it seems like a century apart.

I used to call my friends on the house phone.

The way I knew where my buddies were was by the pile of bikes in a given front yard.

I knew it was time to come home when my Mom yelled out the window.

And bullying was something that happened face to face and I got a good bit of it being the small quiet kid in school.

I was pushed, tripped, had my lunch taken, my book bag thrown around me in a game of monkey in the middle. You name it and chances are it happened to me.

Today the modality of bullying has certainly changed but the effects it has on the victims is very much the same. Leading to anxiety, depression and worse its something that needs to be dealt with head-on in order for it to change its course.

Let’s face it. Bullying isn’t ever going to stop.

I appreciate the concept that it can but it’s like being an aspiring ice cream salesman in hell. You may have a great product but the instant you expose it to the environment it will melt under the elements.

Today bullying has been taken to a new platform of social media but don’t be misled, physical bullying is still very much alive and prevalent especially in middle schools around the country.

First, we must understand where bullying comes from and in my opinion (and many experts as well) it comes from influence.

A child’s behaviors are a combination of their biological makeup and the influence they have during their sensitive developmental years of two to adolescence.

If their environment suggests that violence, oppression, lack of compassion and disregard for rules and laws is ok then they will likely express those behaviors in their lives, at no real fault of their own (depending on the age).

Today social media is one of (if not the biggest) source of influence on children who were born in the late 1990s until about mid 2000s (Also known as Gen Z) and coincidentally this generation is seeing an enormous spike in self-harm, depression, anxiety, and even suicide.

Take a second and reflect on what the spike on that graph looks like. Its startling, it hurts to think about that especially if you’re a parent reading this.

What is the cause of the sudden increase?

Well, Jonathan Haidt who is a Yale grad and earned his Ph.D. in Social Psychology from the University of Pennsylvania has identified this to the recent increase of social media use among kids in Gen Z.

The combination of the influence they see and the correlation to their own self-perception creates a great sense of denial, escapism, disappointment, and sadness of their circumstances.

Let’s step back and consider this:

People who are famous for either a sex tape or their figure hold two of the top five Instagram accounts. Only one in the top ten of the most followed accounts regularly preach about kindness, hard work and dedication while the others are snap-happy selfie makers who’ve undergone so many plastic surgeries that they are visibly physically different people than they were three years ago.

Consider the message this sends to our youth then consider that they see this messaging in the same amount of hours per day that they spend in school.

Seems like it would create quite an impact and pair that with the soaring numbers of cyberbullying and the old-fashioned physical bullying and it's like these kids don’t have a chance.

Since being exposed to bullying myself and teaching children for nearly twenty years I’ve had my own influences that have shaped my opinion of what is a good plan.

So here it is

I’ll leave you with this.

I know what its like to deal with the lasting effects of a harsh world and I know now what it takes to work through it. I’ve also seen how the changing world has morphed its tentacles to grab the new youth from angles we’ve never seen and find hard to understand but it doesn’t change the approach of defense.

Much like the 5th century book The Art of War by Sun Tzu there needs to be a strategy for every level of the game and it needs to be trained early and often.

Even if we may not understand the rules of the game today the principles of defense still remain true.

PS. ​I'd like to have you and your family as part of the Dragon Gym Community.  The next step is to set up a free trial lesson at one of our locations.  Click the button below to take the next step. 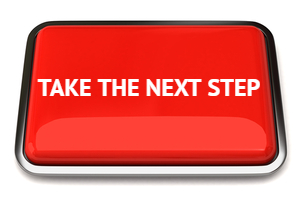