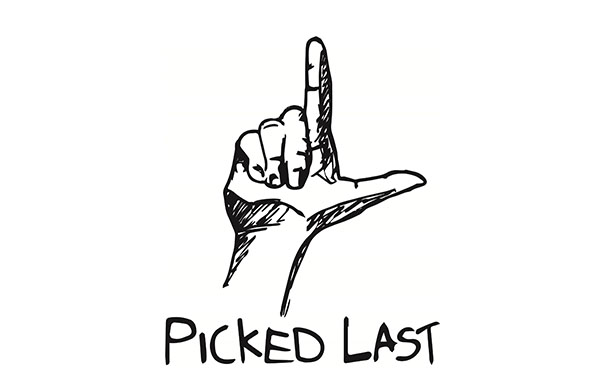 We all remember the scene...

Standing shoulder to shoulder with everyone in class while the cool kids were picking who they wanted on their team.

As if wearing the damn uniforms they gave you wasn’t embarrassing enough, now you gotta stand there while everyone else gets picked and you stand there feeling the weight of everyone's eyes on.

Let’s face it, athletics were never really your strength but that doesn’t mean you can't stick it to ‘em now.

I’m here to tell you that you can.

There’s a saying that goes…You’re good at what you practice.

It’s pretty simple really. Once you get over the initial disappointment that you’re not “athletically gifted” and decide to dedicate time to build you’re going to be surprised at what you can and will accomplish.

In 2010 I had an early 20’s-something guy walk into the gym. He wanted to fight but after a few months he got discouraged that he couldn't pick up the skills needed to “look the part”.

For some reason, he just couldn’t “get it”.

One thing he did have going for him was that he was persistent as hell and more dedicated than any student I ever had.

He trained with the single purpose to become good at something after spending most of his life being picked last in gym class.

Fast forward three years to 2013 and we found ourselves standing in a ring, in Carrara, Italy at the 2013 Amateur World Championships for Kickboxing representing the United States of America.

How the heck did that happen?

Hours of work. Pushing forward when he wanted to quit. Changing the way he spoke to himself and a little guidance from me, a coach.

Let me shoot you straight. You have what it takes and anyone who tells you otherwise is afraid you might steal their thunder.

So, make the decision now to start something. Go be great and steal that person's thunder because it's YOURS and you deserve it.

Get yourself a coach.

You deserve to be proud of yourself

You deserve to feel great in your skin

You deserve to make a post of your accomplishment on social media and get hundreds of “likes” from everyone who ever doubted you.

You deserve to make that person who picked you last in gym class regret it.

Do something today that your future self will thank you for.

And, if you want help just ask me. It’s what I love to do.

Take the Next Step with the DG INTRO PROGRAM