In plain English, if you fall and break your hip and you’re over the age of sixty-five there is a 30%-40% chance you’ll be dead in a year. (Dr. Peter Attia on ‘Huberman Lab’ Podcast with Dr. Andrew Huberman)

Do I have your attention?

For years the debate and misconceptions of females powerlifting has ruled the ethos of women’s health and fitness. You hear things like “Too bulky”, “You’ll build too much muscle”, “It’s not good for your joints”, “You will damage your bones” and more.

We all have an idea of starting something then for some reason go straight to Google and begin to back our way out of it based on the things we read and observe. Like, “Phew, I almost started doing something that might have been good for me”.

We all “want” to live a long, meaningful and healthy life and quite frankly there is a pretty well-determined blueprint on how to achieve that. So, why don’t more people do it?

The answer to that question is blowing in the wind but I can tell you that I know of one will lead to it. LIFT HEAVY. Relative to your ability.

Hesitant to take my word for it? I would be too If I didn’t know me.

Here is a quote from Dr. Peter Attia who is a renowned Doctor of Longevity in addition to having degrees in high level academics and medicine from Stanford School of Medicine.

He was speaking on what he thought would be the best way to increase longevity and cut the risk of morbidity in women over the age of fifty. Was it Pilates, Yoga? Perhaps swimming? Here is his answer…

The sport of Powerlifting is confined to three movements. Bench press, deadlift and squat.

Typically, they’re trained independently of one another and use a progressive weight protocol meaning with each set you do the weight increases. Not always the case but more than likely.

At Dragon Gym Exton we have one of the most decorated female Powerlifting teams in the entire state of Pennsylvania and often times the weight room is dominated by women. 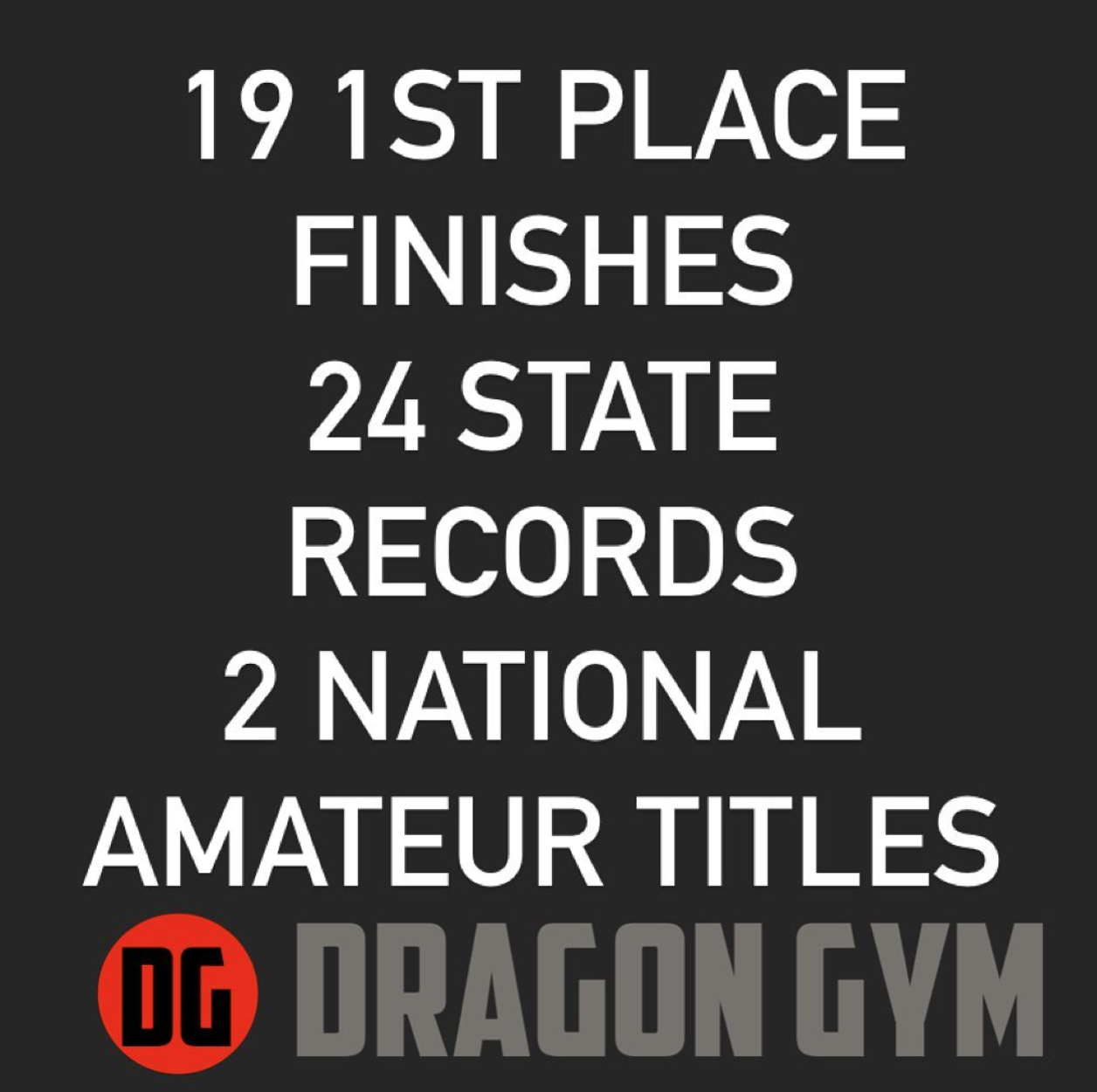 Brittany Bardo is a career-oriented woman who started Powerlifting in her 20’s after trying a myriad of other ways to exercise. Since then she’s competed successfully at the state and national level and has reached a level of health and fitness that she is incredibly happy with.

Take it away Brit…

I was always active growing up and throughout high school and college, I played soccer and danced competitively but never touched a barbell or even fathomed working out in the free weight area of a gym. Like many young girls, I, too dealt with low self-esteem. I was influenced by the media and convinced I needed to fit their mold of the ideal female body. Flawless skin, tall, thin legs, small waist, and visible collar bones. I was 5' 5", 135 lbs., and inherited my mother's thick legs and broad shoulders.

During college, I lifted weights initially with the intention of losing fat and transforming my body, but eventually shifted towards lifting because it was good for my soul. I was empowered, and felt truly capable of anything, for the first time in my life. As I started seeing progress in my strength, my intentions had changed. I had become more interested in what my body was capable of not what it looked like. The thought of one day squatting my bodyweight was exciting as well as making more progress in my other lifts. I was determined to reach my goals.

This new-found empowerment also, changed my attitude in the gym. I became unapologetic about my space at the gym. No one was going to make me feel bad about using the squat rack for too long or feel the need to give up the bench because I was only benching 80 lbs. Comments like "girls shouldn't have muscles" or "you're strong for a girl" is what fueled my fire. I was not going to let anyone make me feel belittled in the space that made me feel the most empowered.

In 2017, a few years after I graduated from college, I joined a local gym that advertised a “women in strength” class. I was really intrigued and wanted to work out in a group environment with other women with similar goals. At the time, it was rare to see women in the gym training in powerlifting, lifting heavy weights in general, and I still felt uncomfortable lifting in a commercial gym setting by myself.

I also did not know how to properly bench, squat, or deadlift. Powerlifting was entirely new to me.

Of course, what little I’d known about powerlifting up until that point seemed less than appealing. Powerlifters were those massive dudes who’d slam their weights on the gym floor and grunt, right? Or they’d converge in dark, dank, concrete basement gyms where women aren’t exactly expected or welcome. In other words, powerlifting seemed like a total boys’ club. Beyond that, I didn’t have a clue what I was doing. I dread failure (and worst of all, failure in public), so the thought of being judged, and subsequently laughed out of the gym, by said beefy dudes was pretty scary.

Joining this class, I came to learn that these other women actively competed in powerlifting and were preparing for an upcoming competition. I trained with this group of women three days a week, started to lift heavier and heavier, and got the mechanics down of the three powerlifting lifts. Within a month of getting the basics and technique down, I signed up for my first powerlifting competition. I basically had three months of proper strength training and totally went for it and wanted to experience what a meet was like, even as a true beginner in the sport.

Fast forward to today, I’ve competed in several different powerlifting federations over the past few years and there’s not a single competition I regret doing, including my first, in which I didn’t medal and had no idea what I was doing. I understand that competition can be intimidating, but I encourage you to embrace this and experience something new. It will propel your lifting and you will learn more about the sport through this. 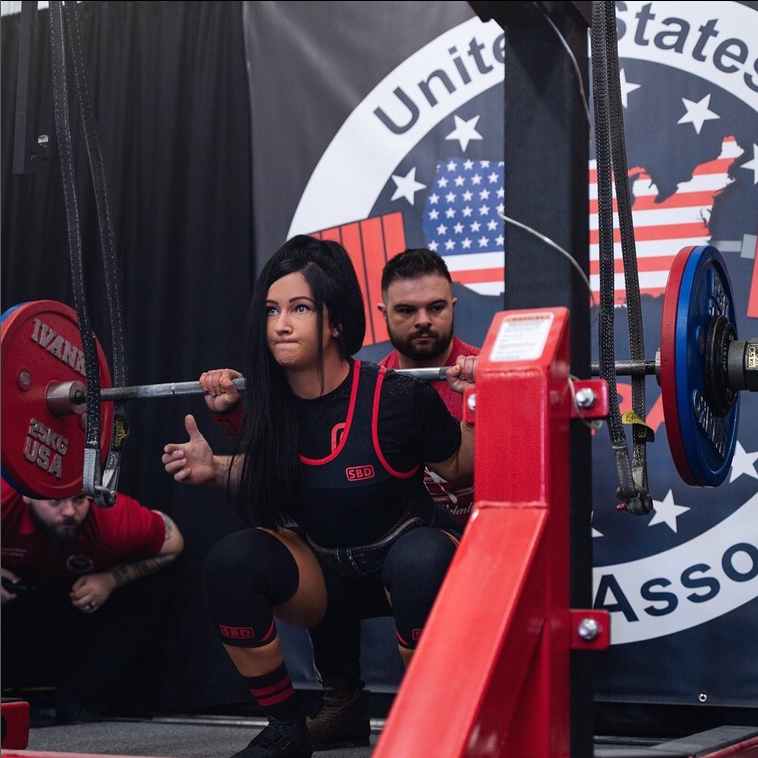 So how do you get started? There are no hard and fast rules here. Of all the weightlifting sports, powerlifting has arguably one of the most supportive and welcoming communities. So, allow yourself the space to explore. Nobody is judging you. Depending on where you are based, female powerlifters may be hard to come by in your local gym, but if you do your research, chances are there is a powerlifting community within travelling distance.

If you have never lifted a weight before, the first step is to join a gym that supports strength training and has benches, free weights, squat racks. etc. Home workouts are great but working out at home can make it quite difficult to overload your muscles.

Next, you’ll want to get on a powerlifting or strength-training program. If you’re not sure where to start, ask one or two people you trust in the fitness space for a recommendation. There are also plenty of free online strength training and powerlifting programs (Kizen, Starting Strength, Jim Wendler) available to get started. If you have a solid grasp of squatting, benching, and deadlifting, working through your program on your own, with your favorite workout partners, or with a remote coach are viable options.

However, if you’re new or new-ish to the big three, I HIGHLY recommend working with a trainer or hiring a coach in person, either one-on-one or in a small group setting, to get the personal attention you’ll need to get square on the mechanics of the lifts. If you are an absolute beginner to strength training, it is highly recommended that you hire a coach, preferably one with experience in powerlifting.

Doing so will ensure that you learn the correct techniques with all strength training exercises. At Dragon Gym Exton, coach Eric has worked with myself and other female lifters with technique work, injury prevention, competition prep training, nutrition, mental preparation, and competition day coaching.

Finally, you’ll want to find a meet! If you’re not ready to sign on the dotted line just yet, commit to watching a meet from the audience first. Watching how a meet rolls, from how the lifters execute the lifts to how the judges issue their commands, will go a long way towards tamping down the meet-day jitters when you decide you’re ready to compete. Finding a powerlifting meet can be as easy as googling "Powerlifting meets in [your state]".

It is great to see women lifters in powerlifting smashing PR’s, setting new records, and equally importantly showing other women that lifting heavy weights is not just for men. True strength is forged in the fires of adversity.

True strength is exposed when one develops an unshakable belief in one’s self. Women have begun to find a home with powerlifting, and one can only hope the trend continues as more find that strength was never meant to be “men only”—a change that hopefully sparks another empowering question: “What else do I think I can’t do that I truly can?”. 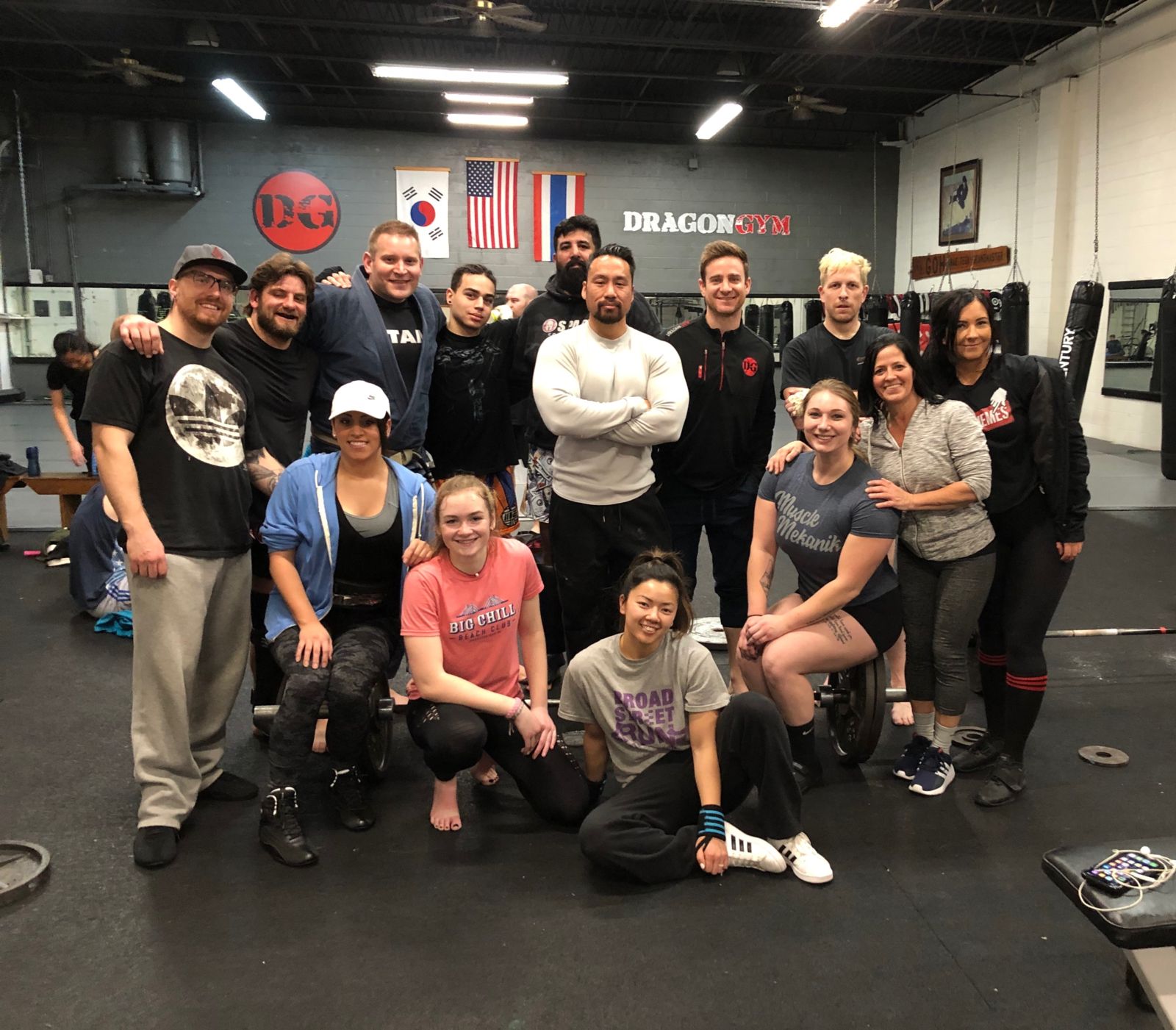 So what's the next step?

All of our students start the same way, with our Quick Start Program.

You'll get access to all of our small-group personal training sessions as well as our group classes.

Take the next step >>